Earl C. Kesterson, or Grandpa Keck, fought on the Western Front in the battle of Meuse-Argonne. It was the last great surge that eventually ended the war. Grandpa was severely injured from gunshot/shrapnel and mustard gas. 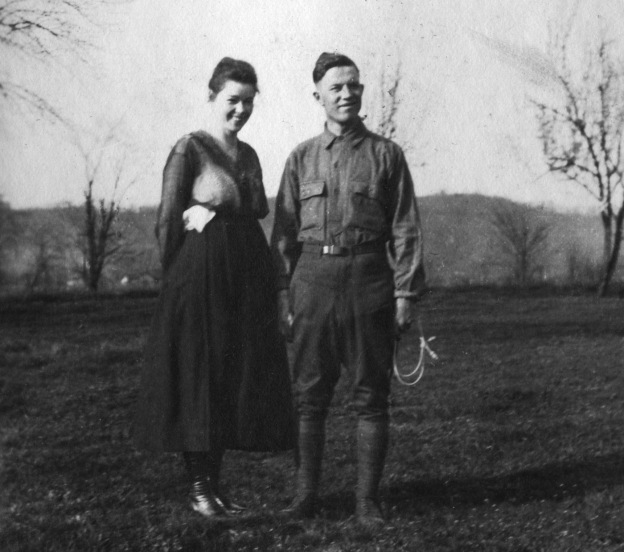 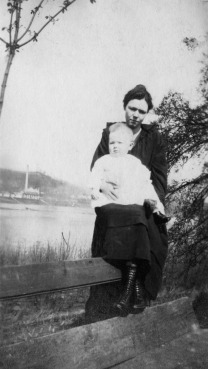 He spent several years in hospitals and was left with a near useless arm. All this with a new wife and baby at home in a little town on the Ohio River.

He’d only been on the front less than two weeks before the injury. I’ve often wondered about the hell he saw when he first arrived at the trenches – airships hovering, tanks running over soldiers, biplanes fighting and dropping bombs, smoke everywhere, trees uprooted – an utter human and ecological disaster. It was supposed to be the war to end all wars. Instead it was a spark. 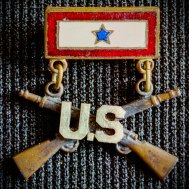 Infantry medal given to WWI US soldiers

Grandpa Keck eventually came home and tried to pick up his life again. During the war, his Army paychecks kept getting stalled or lost. His former employer, Walter Johnson, advanced money to Grandma until the checks started to come in. 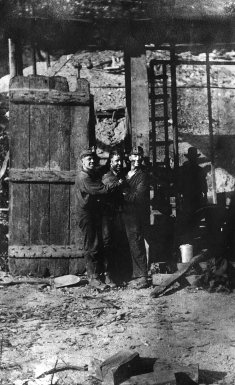 Grandpa (left) was a coal miner and fireman in the foothills of the Appalachians in southern Ohio before the war.

When Grandpa finally came back to Ohio after several years in hospitals, he needed to work. His old employer and friend Walter encouraged him to come on at the old mine again. Grandpa, having little use of one his arms, felt helpless. Grandpa used to shovel coal into the boilers as a fireman (“fireman” is often misused for “firefighter”). Walter told him he could drive a truck. Incredulously, Grandpa responded, “How?” Johnson got in a truck and tucked one arm behind himself, shifted the gear with his other while steadying the wheel with his knees, and drove off. Grandpa was now employed. His next son, my Dad, would be named Walter. 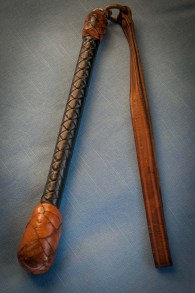 Baton Grandpa used as a court baillif. I’d hate to be on the other end of that lead ball.

Grandpa had several successful careers, most notably as a mechanic and court bailiff. He also was very active in several organizations, including the American Legion (one if its earliest members), the Masons, and the Elks.

He loved photography, inspiring my Dad to get a really nice Polaroid camera. He dressed in a coat and tie almost every day, even on the weekends. I don’t remember him, but family members say that he was well liked, cheerful, and loved by all. He never let that purple heart become a bruised heart. He also drove a standard shift the rest of life.

Grandpa Keck (left) with the judge. 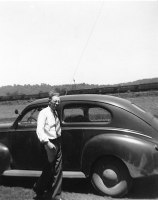 Grandpa with a stick shift. 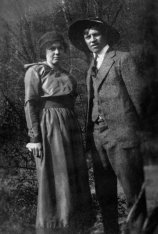 Grandma and Grandpa before the war looking dazzling. 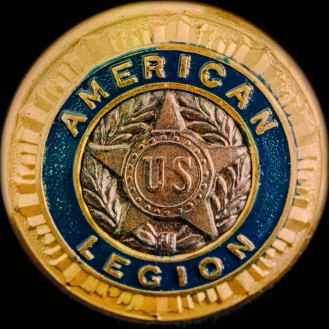 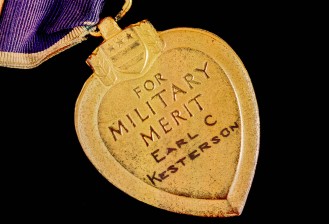 The back of the Purple Heart. It looks like his name was hand engraved.

Relaxing (in a tie).

Grandpa and Grandma before the war.